Nationalism is a luxury made possible by globalization.

The fact that nationalism is on the rise in some parts of the world seems to be indicating the ubiquity of growing global interdependence. It is only a long overdue recognition of the self, mirrored in the mind of others. When in isolation, people do not have the way of thoughts leading to nationalism. Nationalism is a luxury made possible by globalization.

Stupidity of the second kind.

I think there are two kinds of stupidities. In one, you try to protect yourself. By looking down on others, for example. In the other, you don’t protect yourself. You just do whatever urges you, and get hurt, ridiculed, and quite often misunderstood. It is the second type of stupidity that I very much adore.

I am always after the stupidity of the second kind, and shy away from the first. I would like to remain stupid, for the rest of my life. I would never stoop so low as to regard myself invincible, morally impeccable, or pride on saying the right thing at the appropriate time. I would like to drop a lot of bricks. 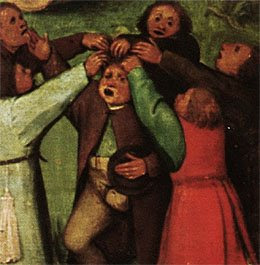 Everybody knows that Japan is an island nation. But we sometimes forget that, because the main Honshu island is so large.
Recently I flew to the Kozu island off Tokyo bay from the Chohu airport. A 35 minutes flight took me from the heat of metropolitan Tokyo to the cool breeze of the island. From island to island, literally. But we sometimes forget the former is one.

The Isu islands, the Kozu island being one of them, are united in proud isolation. Every two years they hold Parents and Teachers Association meeting. I was invited to give a talk. I always say that I cannot resist an island invitation, again forgetting that I live on one.

The island children grow up in a cozy atmosphere. There is only one class, and each one of them knows their classmates by heart. When they reach the age of 15, however, they have to say goodbye to the island, as there are no senior high schools. It is called the “15 years old farewell”. They have to live separately from the parents, and study on the mainland (which is again an island, but we forget that.)

These children say goodbye to the familiar and cozy in the spring of the 15th year. When I heard this story from an experienced educator, my heart felt a sweet pain. Maybe that is the destiny of all Japanese people, as we jump into globalization. We should not forget about the 15 years old farewells. 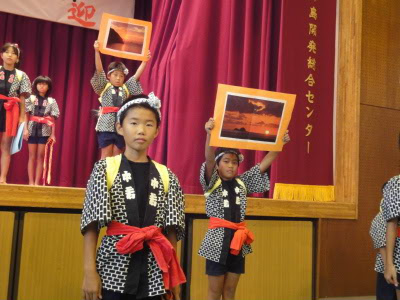 Life on an island. The Kozu kids displaying their festive dance.
Posted by Ken Mogi at 12:17 PM 6 comments: