The rage of the young Nicol was a reflection of his deep love towards Nature.

I had a wonderful conversation with Mr. C.W. Nicol, the famed writer who resides in the Kurohime district, Nagano prefecture, Japan. Mr. Nicol, (or Nick, as his friends are wont to call him) is a very kind, generous man with a big and deep smile.

What he told me about his youth was quite interesting. "Used to be an angry young man", Nick said. "I used to fight all the time, with these people who had no qualms about cutting down big trees in the mountains for meager "economic" reasons."

Perhaps for being so frequently angry, Nick got the nickname of "Aka Oni" ("Red Devil") from the local residents. An nickname, in the Japanese context, is not without the cute and attractive connotations.

In order to save the forests of Kurohime, he started the The C.W Nicol Afan Woodland Trust, named after the Afan Argoed Forest Park in Wales, his home country.

"I started aiming for a big project", Nick told me. "Then it became smaller and smaller, until it could be contained in a nutshell. Now I would like to do what I can in this forest of Kurohime. I have finally found my home".

Today, Mr. Nicol looks like an old oak tree. The divine rage at young times has taken root deep in the soil, and the foliage of
experience flourishes. 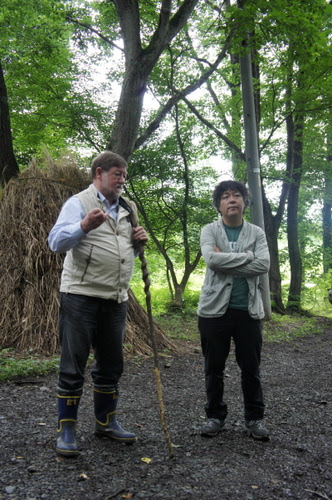 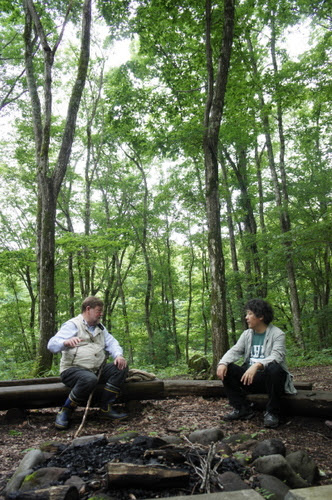 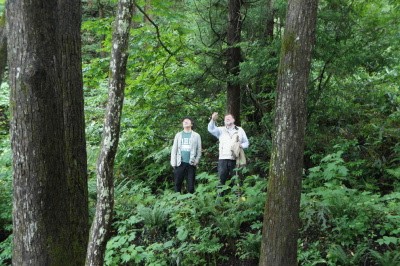 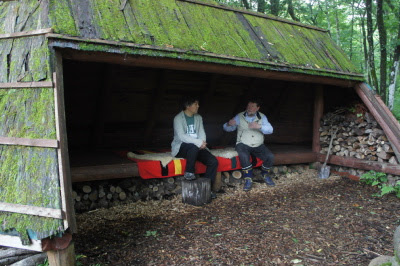 With Mr. Nicol in the Afan Forest in Kurohime, Nagano, Japan.
(photos by Tomio Takizawa)
Posted by Ken Mogi at 7:42 AM

The old oak tree is an apt metaphor for Mr. Nicol's life. The vigor of youth evolves into the wisdom of life well-spent. By the photos you've shared, I can imagine that Kurohime offered you many qualia to savor and remember.

"The rage of the young Nicol was a reflection of his deep love towards nature,the rich forest in Kurohime in particular."

Yeah,I identify with the tender Aka Oni.I wish to write my works according to a reflection of my deep love.That is the best manner of living and writing.

Dear:Mr.Mogi
I want to listen to your conversation with Mr.C.W.
Nicol.

I think that tree in the forest is the one of strong species lifetime. I want to be born again as tree.
Could I see Mr.Mogi and Mr.C.W.Nicol in the forest?