Bats are such fascinating creatures, by the very nature of their existence.

The playing time passes quite rapidly for a child. In the olden days we played baseball in the park, forgetting how the day proceeds. Before we noticed it, bats would start flying in the air. For a moment you think it is some kind of butterfly or moth, but then you realize that considering the size and speed of flight they are certainly bats. With a gentle beat of the heart, you realize that it has become dusk again.

The emergence of bats always struck me unexpected. During the day, they are nowhere in sight. Dazzled by the sunshine, you are forgetful of the existence of the bats, as they have little relevance for the life of a child. So their appearance as the sun nears the horizon always came as a shock, as if you were witnessing the emergence of this airborne mammals for the first time in life.

In our mind, there are some entities which resonate in its form of existence with the bats. They would be hidden in the vast ocean of unconsciousness for most of the time. When they do emerge in consciousness, you immediately recognize them, and wonder how on earth you could have been forgetful of their imminent appearance, which could take place at any time.
When I was 9, in the school building somebody found a living bat. Somehow it dropped to the ground, and was moving the wings feebly. In the broad daylight, the bat looked quite different from the magnificent flying queen of dusk. The school teacher put the bat in a box, and carried to a corner of the school building where it would be safe for the day.

The building which housed us at that time was made of wood, with all the poignant expressions of aging. Some years later, the building was demolished to make way for a modern, steel and concrete building.

On the day that the bat was found, I did not realize how precious and never-to-return the whole experience was going to be.
Posted by Ken Mogi at 7:38 AM 2 comments:

I was 25 or so when I first visited Madrid. I usually do not consult a travel guide except for the very basic information. So I entered the Museo del Prado without any preconceptions.

If my recollection is correct, I think it was the very first room. There, in front of me, was The Garden of Earthly Delights painting by Hieronymus Bosch. Naturally I knew this masterpiece of exotic and striking images already, and have looked at its details admiringly in art books. It is just that I did not expect this painting to be housed in the Prado. It was thus a completely out of the blue thing.

"So, here was this painting!" I realized in an electrifying shock.

I was spellbound, and could not say a word.

Next to me, there was a young guy in T-shirt and with a backpack. Apparently he was a student from the United States. His jaws were literally gaping. He looked at the painting with wide open eyes, and shook his head from time to time as if in disbelief.

We stood in awe before the Garden of Earthly Delights for a long time. There was a strange comradeship between him and me, although it was quite unintended.

I imagined: Maybe this guy saw this painting for the first time in his life. He did not know there was such a painting as the Garden of Earthly Delights.

It was a case where two kinds of onceness in life were being played out in that gallery of the Prado.

I felt that every breath and pulse of my trembling existence was being blessed by the garden of earthly delights. I vividly remember the sensations to this day.

The Garden of Earthly Delights. (Part)
Posted by Ken Mogi at 6:52 AM 3 comments: 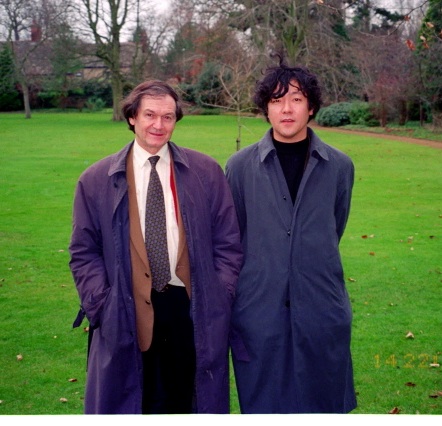 I had a dialogue with the artist Rei Naito for a digital radio program by NHK. We have had several conversations before. Some of them has been published in Japanese. This was to be our first dialogue to be put "on air".

I have the highest admirations for Rei Naito's works. My first encounter with Naito's work was when I visited the "Being given" installation in Kinza. There, after some minutes of bewilderments, I knew that I was experiencing something quite extraordinary and new in life.

During the radio time, Rei Naito said that during the process of making something, the "intensity" of the spirit is the key element. Unless she can maintain that intensity, while being relaxed so that she can be flexible with the hand movements, she cannot infuse life into the small items that she produces with strings, metal wires, glasses, and papers.

Rei Naito confided that her creations are concerned with the question: "Can we regard the existence as life in the earthly word as a blessing?"

The power of small things. All life form, whether powerful or weak, are small compared to the world we inhibit. The size of the universe is 13.7 billion light years.

The president of a world's superpower is very small compared to it. The question of life translates into infusing strength into small things.

Rei Natio's magical art makes us realize that, as instantiations of life, we are ever blessed by the power of small things.

Rei Naito's work. From Monty DiPietro's review of the artist.
Posted by Ken Mogi at 8:20 AM 4 comments:

I continued to stroll in the beautiful region of Takashima.

In the Harie district, many houses are equipped with Kabata, a natural water pool where people cool watermelons and vegetables in summer. Carps swim around. They are fed with leftovers from the kitchen. Some of them are tens of years old.

So water is the essential ingredient of life's circulation. No matter where you are on land, water is the single most important and invigorating element for life. Other things such as minerals, sunshine, and background biomass are equally important. Water turns these elements finally into life. Thus, the water flow determines the thriving and interdependence of life.

A kabata is a striking visualization of that crucial water flow.

A scene from Kabata. Tranquility and harmony.

From a Ministry of Agriculture, Forestry and Fisheries webpage.
Posted by Ken Mogi at 5:54 AM 3 comments:

Something in us becomes dumb

Computers are wonderful things, but to the extent that we associate with them, something in us becomes dumb.
It is especially true for the internet.

That was my conviction as I strolled in the beautiful rural town of Takashima, Shiga Prefecture, which I visited for a symposium on anti-aging.

There was a special ceremony going on in the small temple, where local people gathered, with children running joyously in the gardens. The old ladies and gentlemen chanted softly Buddhist prayers. It was the perfect visualization of a harmonious life.
You had to open your sensitivities, and witness the happenings, beyond any prescribed meaning, no technical structure. The scenery had nothing to do with the modern technologies. There was something in your mind, quite sacred and vibrant, that became active only when you cut your central nervous system from these wondrous things we call "modern computing technologies."

Apart from these gibberishes, I simply loved the beautiful Satoyama of Takashima. 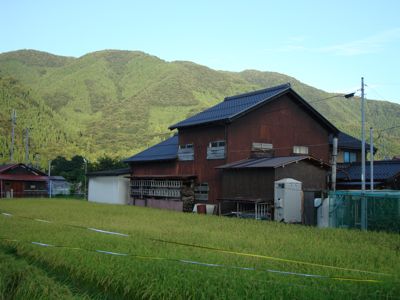 Lost in the harmony. In Takashima, Shiga.
Posted by Ken Mogi at 8:08 AM 1 comment:

I had a dialogue with the political scientist Kang Sang-jung in the Hilltop Hotel in central Tokyo. The conversation was held for a woman's weekly magazine.

The hilltop hotel is famous for its literary connotations. Many famous writers have resided there. Today, it is often used for interviews and literary meetings by the publishers of books and magazines.

I hugely enjoyed discussing with Professor Kang Sang-jung. One of the major topics that emerged was freedom. People generally regard the world history as a gradual progression of freedom for the people. However, in order to enjoy freedom and make use of it fully, one needs to have certain conditions in terms of knowledge, faculties, and social resources. For those who are equipped with the necessary elements, freedom becomes a blessing. Otherwise, freedom can be a curse.

What are the conditions for freedom to work? Our conversations were mingled with references to Soseki Natsume and Max Weber.

Kang Sang-jung is a warm and sincere man.
Posted by Ken Mogi at 6:09 AM 1 comment: