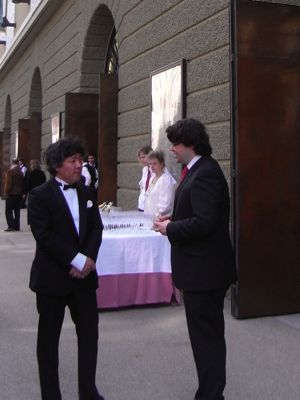 In front of the Festival House in Salzburg, before the Siegfried performance. The man (to the left) in the tuxedo is me.
Posted by Ken Mogi at 11:59 AM 5 comments: